From the beginning, Escape Plan seemed very promising project for the PS Vita. Of course! Touching story, made in an unusual, monochrome design and utilizing all the gadgets associated with Vita controls. But in practice, Escape Plan turned out to be more like a demo showing the capabilities of the console.

Escape Plan talks about the difficult attempts of the monochrome Duo – Lila skinny and fat Large – to escape from the oppressive Bakuchi that keeps them in a factory somewhere, crammed with deadly traps.

The plot does not carry any meaning and is not overloaded with long dialogues, but at the same time, he manages to create a rather strong emotional resonance through setting and charming characters.The characters are entirely based on touch-Vita properties. Analogs are used only for inspection of the surrounding space. To get the characters to move, you need to swipe your finger across the screen in the desired direction or poke them with your finger to stop. 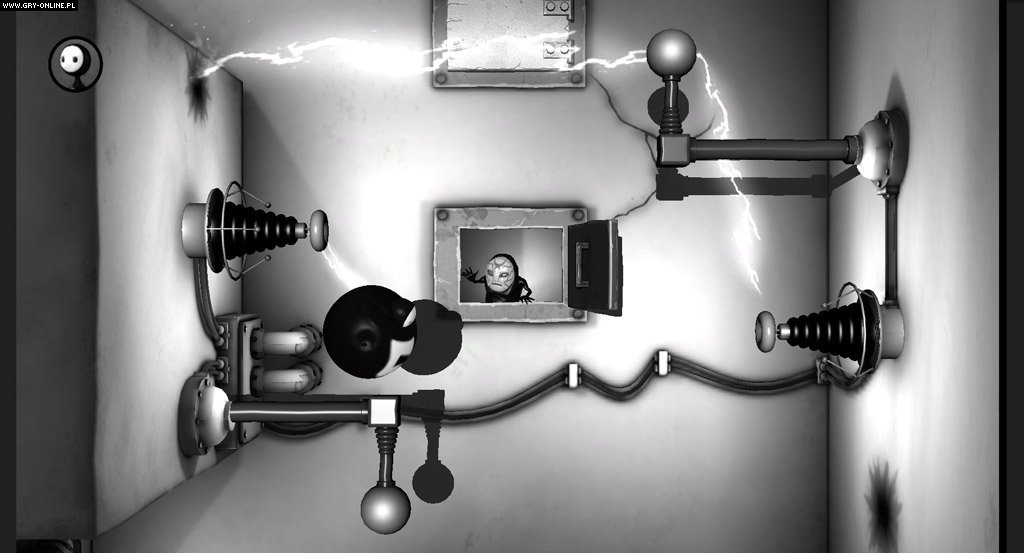 Despite his eccentric appearance, characters can not only be stupid to move the pointer. Well, to soaring Leela is not sucked into an industrial fan or not shorted electrical arcs, we need to control the flight by gyro. Despite overweight and sluggishness, Large also very useful in this adventure, because it can activate large switches and break through the flimsy walls and plank floors.

The path to freedom lies through 78 rooms. Each room has its own set of very trivial puzzles, which, however, does not make the game easier. For example, when you need to block the leak of poisonous gas, my fingers, the holes in the pipes, you not only risk to make a dislocation of the brush, and completely cover the entire review. Although the same puzzles are repeated throughout the game, they don’t have time to get bored due to their literate location in each room. Therefore, these puzzles looks pretty unique, although composed of identical elements.

A headache continues when you need to push the panel from the wall using the back touch-pad or to push them back by clicking on the screen. Yes, this is an unusual and extremely interesting finding developer, but it needs significant improvements. In particular, in the Fun Bits would have to pull the control responsiveness at the desired level, because most of the deaths happen due to the fact that no matter how violently you shook on the panel, they sometimes just simply don’t react. And as if anticipating that players will constantly die, the developers had a nice joking, screwing death count to the belly of each character. Very funny to see the number of his failures constantly.

Not be called Escape Plan such a complicated game (prolonging and complicating her mistakes with the office do not count). All rooms can be run for some 3-4 hours. But the game is fully justifies invested in it by the hidden secrets and test modes.It’s easy to close your eyes to the simplicity of most puzzles and unresponsive management and simply get pleasure from design and original touch-sensor. The more that Escape Plan is the only game for the Vita, which is not a sequel, prequel, or remake sequela. And this is something.